It’s not just the highly-placed party members buying super-premium French wines. There is a growing appreciation for and interest in wines across Chinese culture. There’s also an increased interest in red sparklers here in the US. [level-members]

Even though the powers that be have reined in some of the too-conspicuous consumption by the most connected of their class, easing some of the demand pressure on the most sought after Bordeaux wines, there’s a growing interest in wine across Chinese culture. 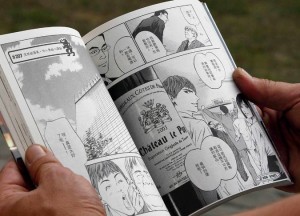 China already has something of a winemaking industry, though of course it does not have the reputation or cachet enjoyed by France and other more established wine industry stalwarts. So the Chinese students who are soaking up all the knowledge they can in France and elsewhere will strengthen the domestic industry, which will drive consumer interest and demand.

Those in France and elsewhere who are wringing their hands at what a more successful Chinese wine industry means for their businesses should remember that the same hand-wringing occurred as the California wine biz picked up steam. French wines certainly own a much smaller share of the market in the US now, but it’s a much, much bigger market …

More on our theme of adventure, US consumers seem ready to move past what they traditionally think of as bubbly. We’ve long noted the increased acceptance of rosés, still and sparkling, and this seems another move in that same direction. It’s not all just highly approachable (and frequently maligned) Lambruscos. There are more “serious” red bubbles available that are likely to of interest to more sophisticated consumers. These are still predominantly European bottlings, but California is starting to catch on, as well.